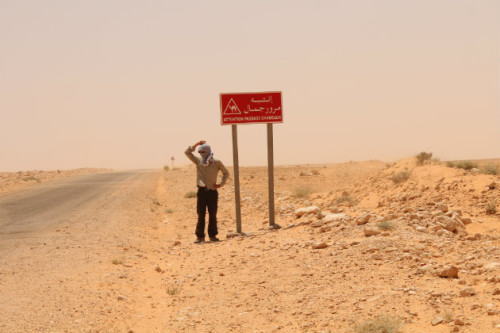 You learn to adapt when you travel and go on exchange. Even within the same country different behaviours are deemed acceptable depending on the region, environment, and context you are in. One common question I find among travellers is “what clothes do I pack?” One has to consider the weather, the seasons, the reason for going (ie. internship, camping), and the acceptable way of dressing. For example, I found in Italy and France, that even when it is steaming hot it is not common to wear shorts, especially short shorts. If you were wearing them, you would not necessarily receive a negative response, but locals could easily pick you out as a tourist since this manner of dress is not the norm. In Tunisia however, it is a little bit different. The question remained, what to wear in a predominantly Muslim country?

In Tunisia, I had the experience of plus 40 weather, no air conditioning or wind the majority of the time, and a certain degree of discretion when it came to clothing.

A few stories came out of these circumstances.

1. Some of my montréalaises friends would wear “Canadian” summer apparel and sometimes got dirty looks or even one time a warning comment from a concerned woman. And sometimes they did not. In Tunis, the capital, revealing clothing was accepted on non-Arab looking people, which included a tubetop, and short shorts on a non-student tourist I met.

2. My friend from Ottawa who was Muslim but not ethnically Arab, brought modest clothing and hijabs suited towards Canadian weather, and by the second day of school had bought two new outfits in order to avoid overheating. 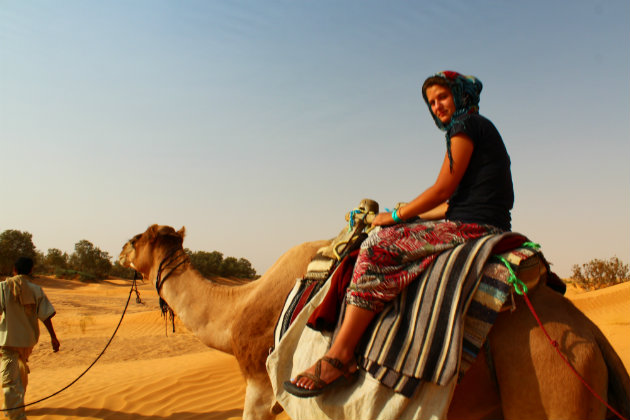 An example of what I wore

3. Finally, the majority of the time, I was well covered, I wore capris or flowy skirts, covered my shoulders in public, and occasionally wore a scarf on my head. No, I was not being oppressed, and no, I was not trying to hide myself from social criticism. I wore clothes that were appropriate to the culture I wanted to learn about and was studying within. I also wore clothes that were comfortable and that I had worn before and continue to wear now that I have returned to Canada. But, what I found was that the modest and slightly baggy clothing, kept the sun off of my skin, preventing sunburns and keeping me from overheating. While I was is the Sahara Desert I found that a headscarf kept the sun off my head and neck and allowed a breeze around my neck. Both my travel buddy and I found that a headscarf kept helped keep us cool in the Sahara and even in the car with the windows open. He also enjoyed dressing up by wearing a scarf in a Bedouin fashion. A damp scarf is also a great way to remain cool, not to mention it kept the sand out of my hair which is really useful when you are in an area with limited water and don’t have the opportunity to shower very often.

Both while in Europe and Tunisia I wore (and bought) clothes that were socially appropriate and that I felt comfortable wearing. It definitely helps to ask or research what to bring to a specific region before packing, and to always leave a little bit of room in your suitcase for those few extra things you buy abroad.