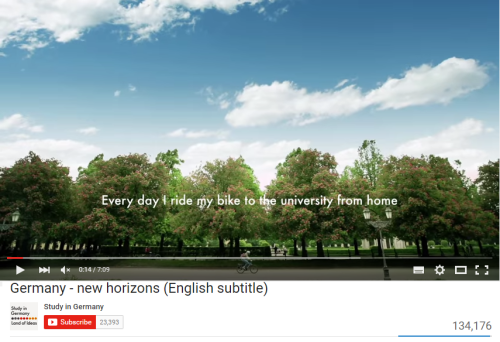 Happy Oktoberfest! September 19th marks the official opening of Oktoberfest 2015 in Munich, Germany. To celebrate the occasion we wanted to share this video from our friends at the German embassy, showcasing new horizons for Canadian students:

“Germany — new horizons” is a short film about six students from around the world who are studying in Germany. Harish, Rania, Michael, Alla, Jhonatan and Emily come from India, Saudi Arabia, the United States, Russia, Colombia and Great Britain. They explain what it means to travel abroad and what it feels like to live in Germany. They live in small and large cities and study a diverse range of subjects. Some have just started at university while others are almost finished. But despite their differences, they all have one thing in common — studying in Germany has opened up new horizons to all of them.