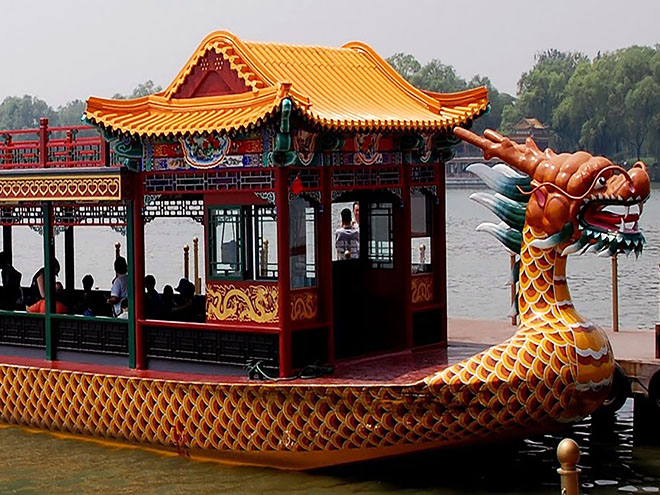 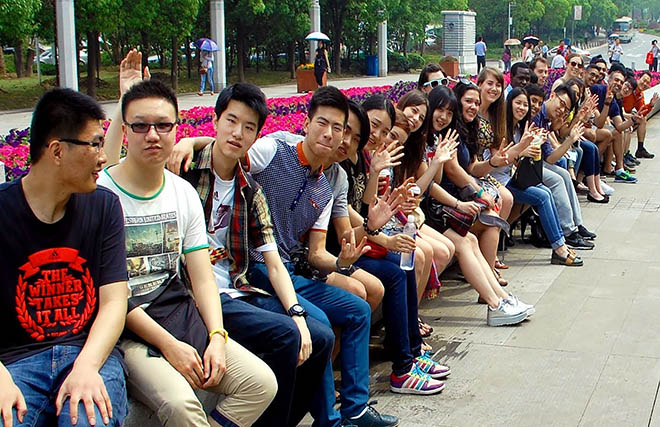 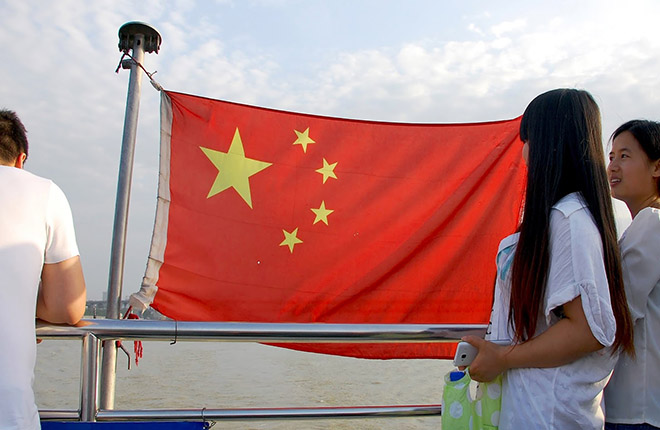 China’s national flag captures the attention of passengers on the Yangtze River ferry that travels between Hankou and Wuchang in Wuhan. 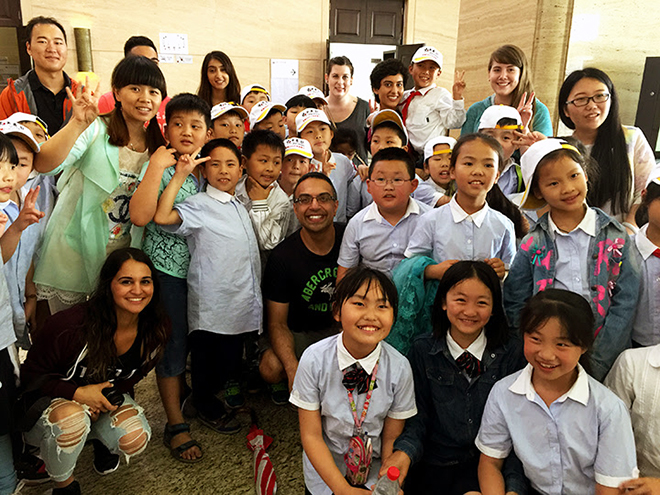 On a visit to the Hubei Provincial Museum in Wuhan, these young Chinese students help to enhance Canada-China relations! 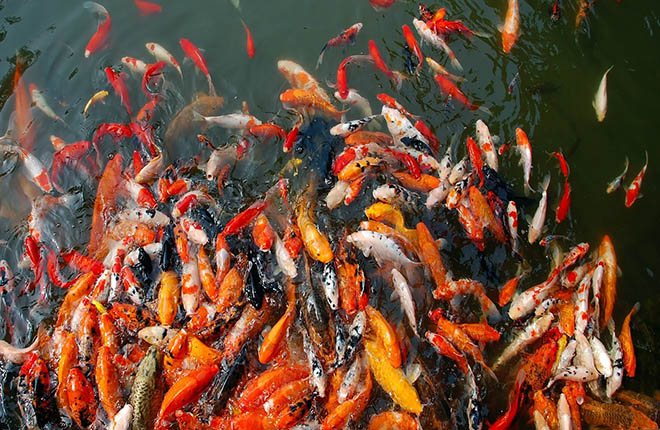 At Wuhan Zoo dozens of fish aggressively compete for food. 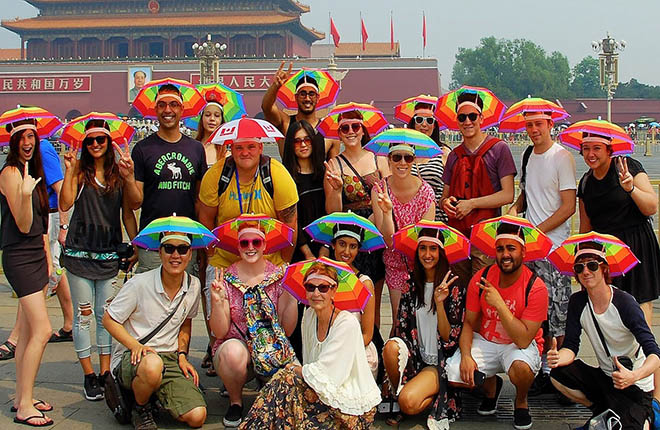 A Canadian stranger, who remembered to bring his ‘Canada umbrella’ hat, joins the China Study Tour for a photo op at Tiananmen Square in Beijing. 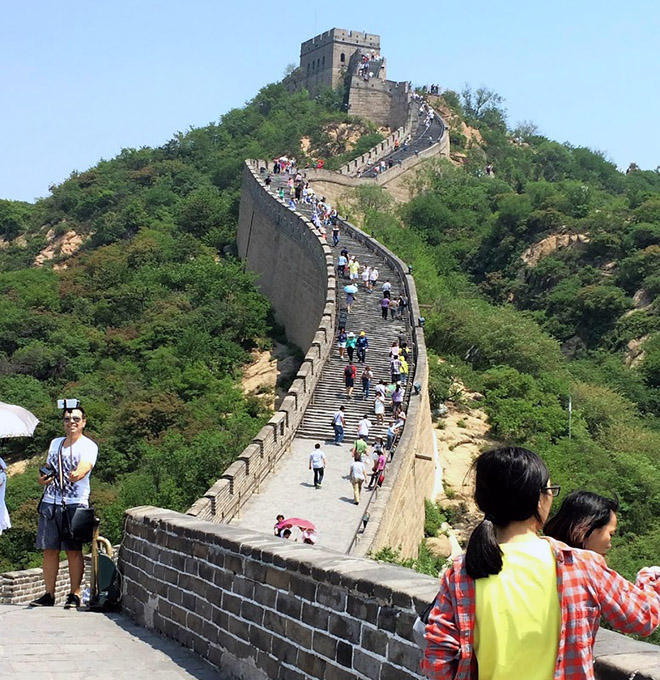 The Great Wall of China at Badaling, 70 kilometres north of Beijing. 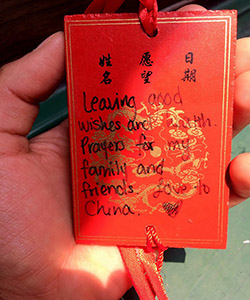 This meaningful and heartfelt message, translated from Chinese into English, highlights the special friendships that were formed during the tour. 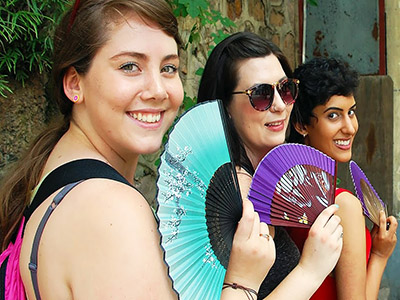 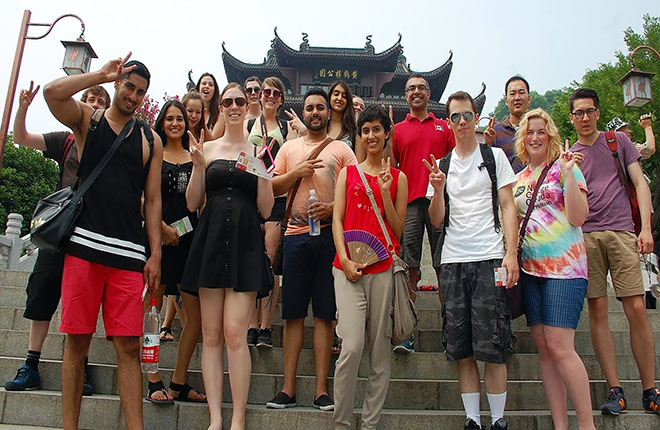 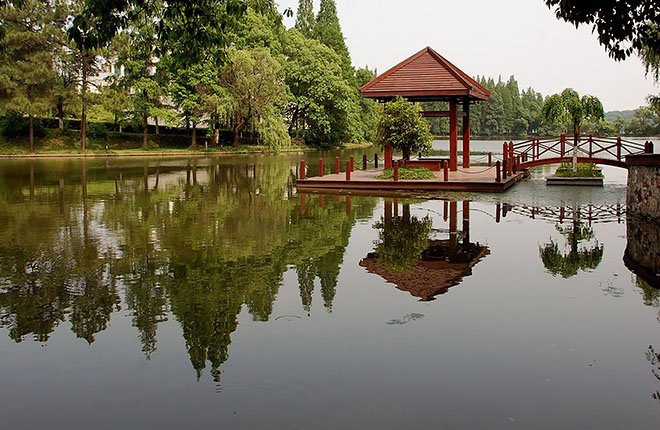 The peaceful setting of Mao Zedong’s Villa located on the banks of East Lake of Wuchang in Wuhan. 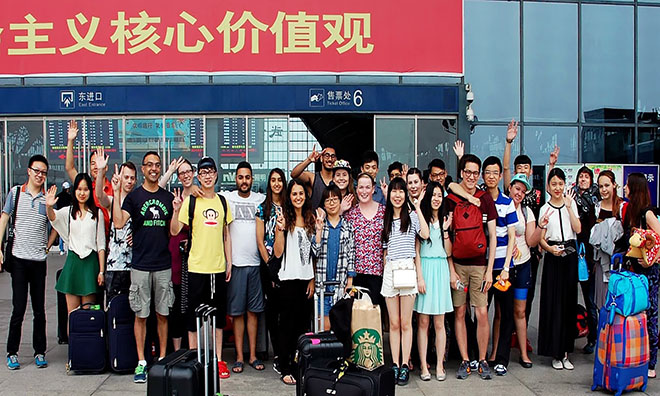 Tanhualin, a historic 2 KM street in northeast Wuchang District in Wuhan. This tasty bread-on-a-stick was the creative initiative of one of the many the vendors vying for tourism dollars. 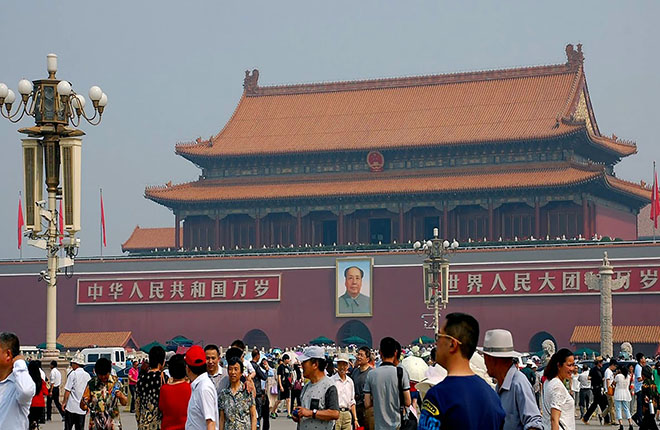 Tiananmen Square, Beijing, with the portrait of Mao Zedong in the background. 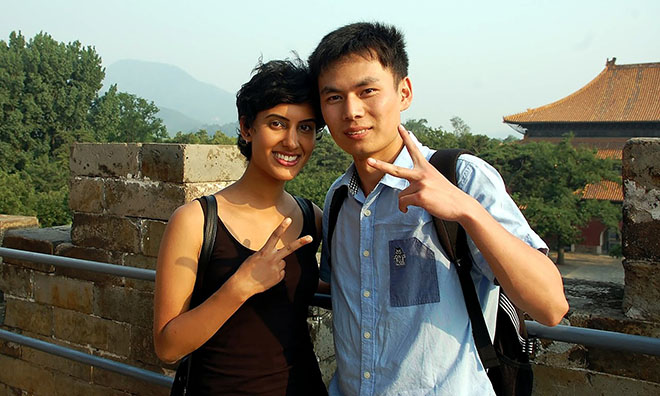 Changing Tomb of Ming Dynasty where He Liang, a student from northeast China, politely requested a photo with one of Canada’s beauties. 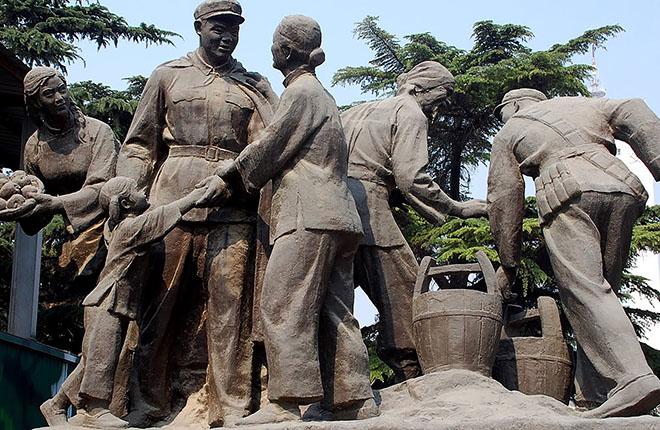 This sculpture at the Beijing Military Museum features the values placed on Chinese society by the Community Party of China under the leadership of Chairman Mao. 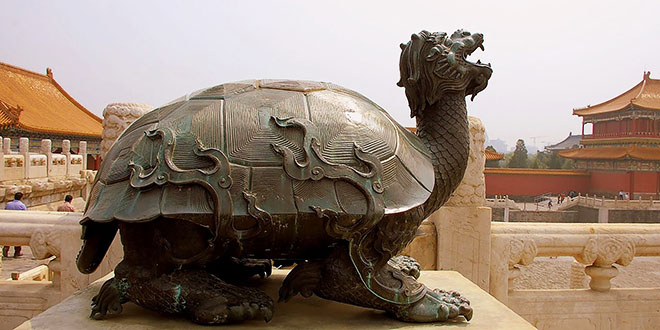 Forbidden City, Beijing: The bronze tortoise is a symbol of everlasting rule and longevity, the crane a symbol of longevity, while each sculpture on the curved roofline represents a variety of special meanings. 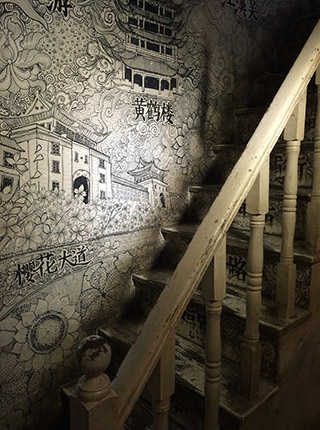 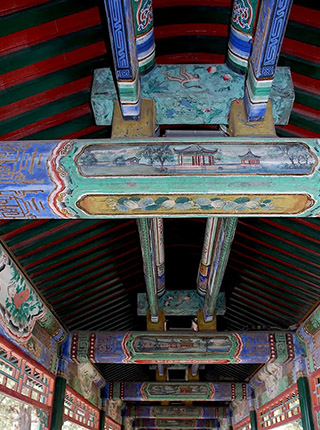 The covered walkway at the Summer Palace, built in 1750, allowed Emperor Qianlong and members of his family to enjoy the beauty of Kunming Lake regardless of the weather.