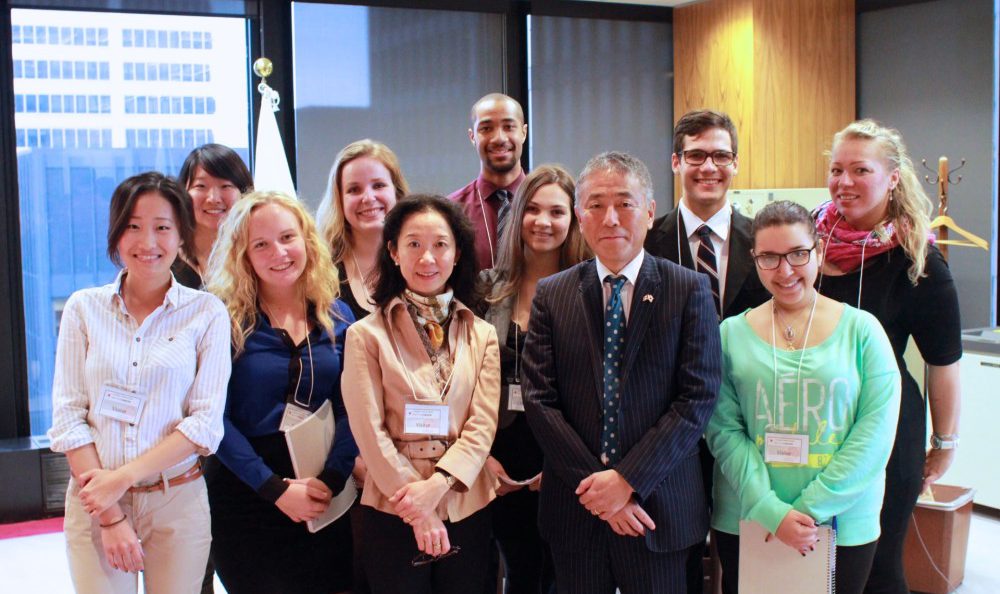 University College Utrecht (UCU) is an international university. It is tiny, with only about 750 students, 50 of which are exchange students. Despite it being in the Netherlands, only about half of the remaining students are Dutch – the rest are from absolutely everywhere you can think of. To study abroad at University College Utrecht is a truly international experience.

One night at the dining hall, we were talking about Canada. It was the usual “Oh, you go oot and aboot in the snow to play hockey, eh?” and “So-ree, so-ree, how about that maple syrup, eh?”. I loved it. I never knew how much of a proud Canadian I was until I was no longer at home (It was pointed out to me that just about everything I own is branded with ‘Canada’ or a maple leaf…) Nor did I know that we have an accent, really do say ‘eh’ and ‘sorry’ a lot, and are generally just a polite crew of people.

But what was exciting to me at that moment was that I looked around to my friends and thought, “Dutch, Cyprian, Korean, Indonesian, Luxembourgish, Russian. Everyone from somewhere different, all sitting together, talking, joking, and having educated discussions about world issues. This is where the learning happens.”

Being at UCU was refreshing. There are so many different influences from people, and I stumbled on incredible songs and books that I would never have heard of staying in Canada. Since everyone is different, there is always something to talk about (aboot?), more questions to be asked, or more opinions to be heard. It fostered such an open-minded, welcoming atmosphere. I learned some subtleties of the English language – non-native English speakers often will mix up the verbs “to borrow” and “to lend”. For example, they would say “Could you borrow me your book?”

From left: Frank (Dutch) as ‘Captain Canada’, Corina (Indonesian) the cat, and myself as Captain Albert Heijn (a Dutch superhero, of sorts).

One of the linguistics professors is doing a long-term study on UCU students to see if their initial accents change and blend into what she hypothesizes as a “UC accent”. I would believe it. Even after four months, I spoke noticeably differently:

Everything became “super”, “super nice”, or “lekker” (which roughly translates to tasty. If you go to the Netherlands, you are guaranteed to hear that word a billion times a day. Check out the interesting definition here).

Not only did I learn so much from my friends about foreign politics, neat adventures and unique childhoods, I also made connections all around the world. I have already had the opportunity to visit some of my friends in their “natural habitat”, and take advantage of a comfortable home to stay in.

I cannot emphasize how important what I like to call this “fusion” living is. I have consideration for other perspectives, a lot more understanding for people struggling with a non-native language, and a desire to make even more international connections. So if you get the chance – branch out, mix things up, think international!

Charlotte (part Indonesian) in her Canadian “swag” which I provided.