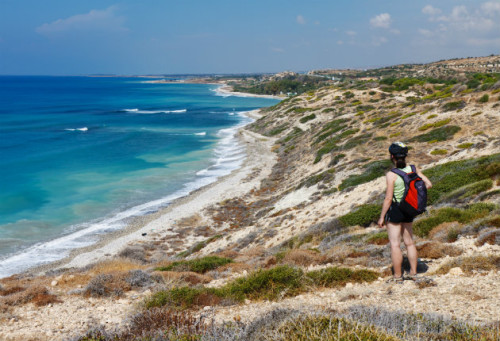 Read Part 1 of my blog post if you haven’t yet!

Every young woman is taught that traveling alone is horrific. We are always advised to be in the presence of others, especially when we are in a foreign country. You have seen the movie Taken, right? Obviously, this was the first thing I thought would happen to any unsuspecting North American female, but it was still up to me.

During my study abroad time the thought of traveling alone was scary. It was made worse by my parents’ concern that I would not be safetraveling by myself. They also thought that I might go stir crazy from being alone in new places. In the end, I still went ahead.

It would be a lie to report that, despite everyone’s concern, my travels were amazing. Traveling alone was incredibly tough, and since coming home I have had time to reflect on what made it so difficult.

My biggest problem was entering the situation with a negative mindset. I believed that it would not be fun traveling without any company; that my trips would be lacking in comparison to other people. I had taken my parents’ concerns to heart and had made them my own. My negativity dictated my choices, which had led me to be dull while traveling.

Another issue was my refusal to meet people while outside of Seville. It seemed to me that traveling alone was a burden and it was mine to carry alone. I made zero effort to approach new people, let alone allow them to enter my personal space.

Being alone meant that what I saw was what I got. I could not share my experience with someone who could, in turn, share what they saw and felt, or draw my attention to something new. It created a lot of pressure to make sure I had gotten as much as I could out of every moment.

Comparably, being alone allowed me to make all the choices, to eat where and when I desired and to see things I wanted to see. But what is the fun in always being right? It is more enjoyable to make choices together and work as a team.

My parents were right when they thought I would go a little insane. I became insecure, and felt like I stood out at all times. If you had stopped me on the street and questioned me, I probably would have broken down and declared that everyone was watching me and whispering about me. Frankly, I lost my mind.

When I look back at my time at the Universidad Pablo de Olavide in Spain, I see a semester full of lost opportunities. I have a lot of regrets about it. There is still a part of me that gets angry with myself thinking how close minded I was. Nonetheless, I would never in a million years take back my time there. I learned a lot about myself, about Spain, and about my relationships with people. It made me appreciate my friends and family, and value new friendships. Most importantly, it led me to the second half of my exchange in Lille, France, another opportunity for which I am eternally grateful.