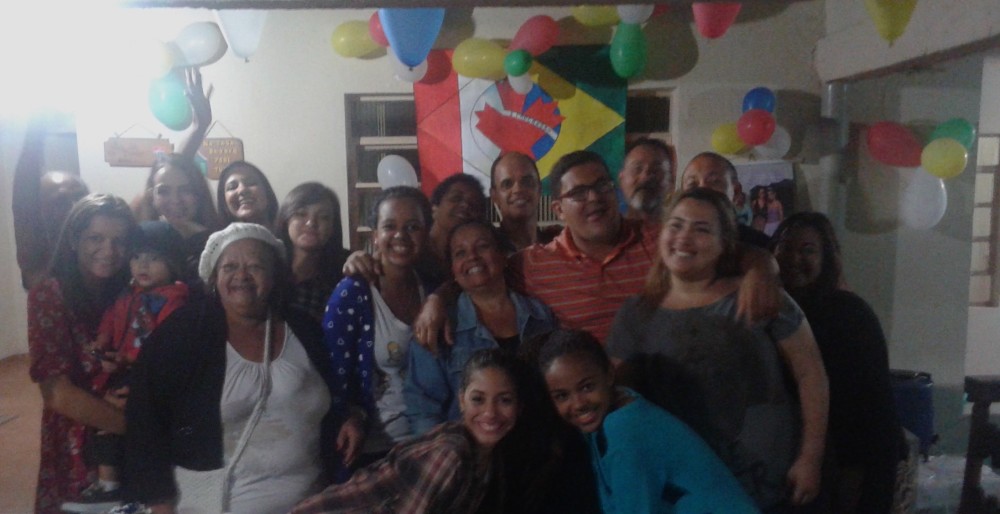 Today it is exactly 365 days that, this little person who writes here, is living in Canada!

One Year, seriously? I can’t believe it. It went very fast. How many things have happened, how many changes? 365 days in Canada!!!!

Part One: The pre-departure

I remember like it was yesterday mother phrase now. I was spending hours on the computer deciding to which country and university I would enroll for the Science Without Borders (SWB) program. Each hour I spent searching was worth it. I signed up for SWB just to have a clear conscience, already thinking that I wouldn’t be selected, but at least I had tried. What happened was that I gradually went through each step, and then I realized I had to tell my parents (they didn’t know that I had signed up for the program) to ask for money to pay for my passport. They didn’t quite understand what the program was about, and how long I would stay out of the country if I really were selected, but they supported me anyway. It seems that I just “blinked a couple of times” and the result was there on the site!! My name there- I was selected. This was an opportunity that I was not so sure and confident about it, so MADNESS!

In less than two months, my life would totally change. It would change from one extreme to another so quickly. IS THIS REALLY HAPPENING? It was true, was I dreaming? Maybe it was a joke?

Two months before I left Brazil some of my friends were already hosting farewell parties. BUT ALREADY?!! It still felt far away, and I wanted to say, ‘calm down people, we still have time’. Many people were congratulating me. I wondered ‘How do all these people know about it?’ My mother was already getting a bit sentimental. ‘Don’t think about this now guys, we have time’: It was the only thing I thought.

With less than 1 MONTH- I need to buy suitcases, and other stuff, to make a travel list, check my flight, console crying friends,  organize my luggage and my documents,  email with my future university (University of Prince Edward Island) and speak with my host family. Very quickly, it felt like time was running out. WHAT DO YOU MEAN JUST 15 DAYS?? 15 DAYS, HOW DIDN’T I SEE THIS HAPPENING? Last farewell party, right now it is true, it can’t be.

The day arrived. Bags packed, my family and friends waiting outside, three cars going to the airport. I arrived at the airport with  everyone around me laughing and talking, then I heard them calling my flight. BUT ALREADY?!! I had to say goodbye, crying with emotion, nostalgia and happiness.I was on the plane for 19 hours of flight. I woke up, I took another plane, and I looked outside. IT CAN’T BE. IT IS HAPPENING OR. I’M NOT DAY-DREAMING?